It is not very usual to meet a legend every day and if you do meet one you recognise it very quickly. Same as when you had met Mr. Antonin Truhlar – Nestor of bartending and nobleman of spirit denying the truth of time, which had passed since he was born. He was famous for his persisting good temper, wise words and above all for his immense energy and buoyancy.

He had met many significant cultural and political personalities during his bartenders’ and professional career. He was a spearhead of higher beverage gastronomy at the time of its decline. He became a teacher of younger colleagues. He was a proud and excited member of the Czech bartenders association. In testimony of it, he gave us his autograph graven to the shaker and memorial plaque. This struck upon an idea to create an archive of materials from the bartenders' past in order to prevent these unique and valuable artefacts to sink into obscurity and to make them available in a modern form for inspiration and enlightment. We appreciate a meeting with Mr. Antonin Truhlar and we will do our best to persist in his heritage. 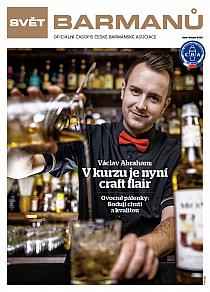